Got a question about divorce or family law?

This site is protected by reCAPTCHA and the Google Privacy Policy and Terms of Service apply.
Or
Request a free consultation
Home About Us Henry Brookman 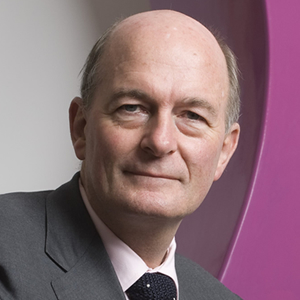 While he was in general practice in South Australia Henry Brookman built up the largest firm in the Lower Murray region. He acted for transport companies, engineering companies, one of the largest co-operatives of tomato growers and onion growers in Australia and a harvester manufacturing factory.

In 1976 Henry Brookman commenced practising family law, handling numerous custody and property settlement cases before he decided to make it his speciality.

He acted for the husband in one of the earliest custody cases where the wife had entered into a lesbian relationship. He took a number of appeal cases through the Full Court of the Family Court, acting for both husbands and wives at different times. In a number of cases he was appointed by the court to act as a separate representative for the children.

Many financial cases involved complicated evidence on business valuation and licenses, and he acted for a wide variety of people from farmers to psychiatrists and lawyers.

In a prominent case Henry Brookman acted for a gay couple who challenged the then law banning homosexual acts; taking it through to the High Court of Australia and succeeding in having it struck down.

In 1997 Henry Brookman was “head-hunted” to return to England to work on matters which required knowledge of both the English and Australian legal systems. He began his work over here with several complex child abduction cases, one of which established a new law in relation to unmarried fathers, and is in the law reports as In re W. He has given evidence in the High Court on Australian family law and been retained by several leading firms and local authorities to advise on Australian law.

Since this time he has acted in complicated financial matters, as well as handling a full range of more straightforward matters. Much of his work has an overseas element. Henry Brookman is widely admired by his clients for his straightforward approach and forthright manner. He makes a policy of not naming clients or giving any detail that might identify them, and so regrets he cannot say more about his recent and current matters.

Read more about the team

Henry Brookman, a senior Partner who has practised law for over 45 years, introduces you to the team.

Watch Henry Brookman summarise the Brookman team are and how we can help you.

About Us
Henry Brookman Discusses: Choosing a Divorce Lawyer

We are a specialist divorce and international divorce family law team, advising clients in the United Kingdom (specifically England and Wales) and throughout the world. We have a very people–orientated approach to working with clients. Henry Brookman has practised law for over 45 years, and our team has a wide range of skills and expertise. We are recommended by the Legal 500 and have been awarded the Law Society’s quality mark, Lexcel.

With over 45 years' experience, Henry Brookman is the senior member of the team. He is described by The Legal 500 as ‘shrewd, savvy, sagacious and highly experienced’.

Talitha is a Partner in the firm and a very experienced practitioner. She has been exclusively practising family law for over 15 years and is a recognised expert in her field.

Recommended by The Legal 500, Philip is an expert in all areas of family law, including domestic and international financial disputes, fraud and commercial dispute resolution.

Expert in all areas of family law, often involving cases that have an international element, including work in relation to financial settlements following divorce.

Aziz is a Partner at the firm and is highly regarded for his expertise on financial matters in divorce and has been recommended by the Legal 500.

Kirsty is a specialist family law solicitor recommended by The Legal 500. An expert in divorce, financial matters, child-related disputes and contentious probate cases.

Jennifer is a talented solicitor, experienced in all elements of family law, including high net worth financial proceedings, Children Act proceedings and financial claims.

Lorna is our Office Manager who oversees the operations of the firm including providing accounts support as well as secretarial support to the team.

Eva is an AAT qualified accounts manager and holds full AAT membership (MAAT). She gained her degree in financial accounting from the University of Economics in Bulgaria.

Victoria is a highly experienced Legal Secretary and a long-standing member of the team. She provides secretarial support for the office.

Patricia is an experienced secretary and office administrator, handling the calls that come into the office, greeting clients, and managing office presentation.