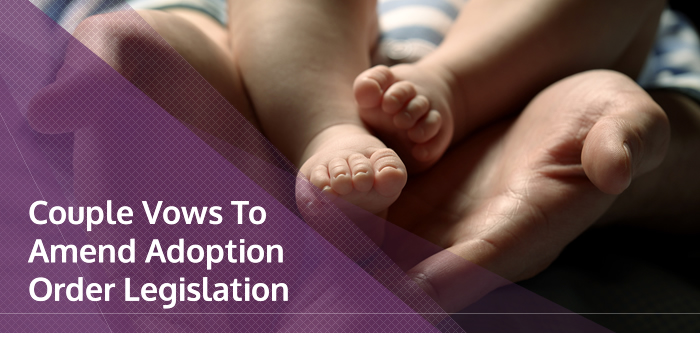 The dangers of speedy adoption proceedings were highlighted in Family Law Week recently, after it was revealed that a couple had been accused of abusing their baby, which was then removed from their care.

In 2012, the couple, Karrissa Cox and Richard Carter, took their six week old baby to the Royal Surrey County Hospital, after its mouth bled after a feed. It was during this time that the baby was also found to have significant minor bruising on its body and damage to the frenulum, beneath the tongue. It was also believed to have a number of old fractures.

Alarm bells rang with the medical profession and social services and, despite protests of innocence by the parents, the baby was subsequently fostered and adopted. For two years, the parents were allowed to have supervised contact, with no untoward events occurring. Then, criminal proceedings began, for which the couple were unable to obtain legal aid.

It was during these proceedings that the defence lawyers took the opportunity to challenge the original medical findings, claiming that the child’s Vitamin D levels were never tested through the results of its Guthrie card, a blood sample taken when the baby was five days old. A deficiency in vitamin D at that age, they claimed, would result in the same physical markings without any abuse having taken place.

A consultant endocrinologist advised that the Guthrie card be examined and it was subsequently revealed that the baby was indeed severely deficient in vitamin D at five days old, through no fault of the parents.

The defence team criticised both the speed at which the government’s adoption process took place, following the initial findings in 2012; and the process by which a medical team was solely responsible for concluding child abuse.
The couple is now planning to appeal the adoption order and say that should their appeal not be successful, they will then take their case to the government to try and change legislation.