Leave to Remove: The Payne of Moving Your Child Overseas 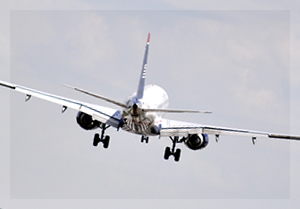 With an increased number of international marriages, and greater access to cheap travel, it is more common for divorcees of today to consider permanently relocating themselves and their children after a messy divorce.

As discussed on our page ‘Leave to Remove’ the non-moving parent must give consent to allow the other parent to move their child overseas; relocating a child without the other parent’s consent would be considered child abduction, and illegal.  In a scenario where one parent prevents a child from being relocated due to fear that contact with their child will cease altogether, lawyers advise using mediation to allow a fair and organised pattern of contact to be arranged in a neutral, minimal-stress environment.

Litigation in Leave to Remove

A note-worthy case was between the Payne couple, in which the father made an unsuccessful appeal against the mother’s attempts to remove the child to New Zealand. What is now known as “the Payne test” is a way of considering whether the main carer meets the criteria to relocate the children of the marriage. The test requires the Court to consider whether the proposed relocation derives from a genuine desire to start a fresh slate that would benefit the child, or whether it is merely a malicious attempt for the parent to get their own back on their ex-partner after a messy or contentious divorce.

As well as considering the intentions, the Court must also look at whether the move is well thought out and practical; for example, moving to be near the applying party’s family, who could potentially provide greater care for the child, would be considered a positive move, rather than moving to a country where the child had no ties, experience or social sphere. If the application is deemed genuine and realistic, the Court must then weigh up the opposing parents’ reasoning, and whether this is based on genuine concern of the child’s welfare or their own selfish motives. The Court must also analyse the effect the move would have on the remaining parent’s relationship and whether this would benefit or negatively affect the child; after all, a messy divorce should not be taken out on a child.

Through the Court’s Eyes

In all of these considerations, the Court’s main priority is the welfare of the child and all decisions are made in order to provide the best care and support for the child- or children- in question. Due to this, many separated parents who have Shared Care Arrangements in place- thus providing their child with a structured routine and pattern of contact- may find it harder to encourage the Court to grant them leave to remove, as to disrupt a child’s routine and pattern of parental care would not be seen as beneficial for the child.

If you are considering moving your child abroad, away from its other parent, you should genuinely consider your motives for this. Is your desire to relocate due to your feelings about your divorce, or is it because this would be best for your child? Discuss your situation with a solicitor who can help you make the best choice: for both you and for your child.