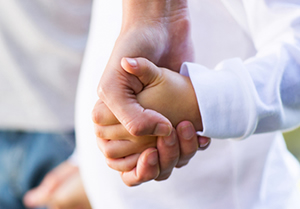 A businesswoman has been forced to pay her ex-husband damages after a judge found that she had intentionally deceived him into thinking that he was the father of the son she gave birth to after receiving fertility treatment, reports the Press Association.

In proceedings at Central London County Court, Judge Deborah Taylor heard that the couple, who had married in 2002, had travelled to Spain in 2004 for IVF treatment and the husband gave a sample of his sperm. Several months later, the woman once again travelled to Spain with a former boyfriend. During this latter visit, she was impregnated with this individual’s sperm.

A child was subsequently born in late 2005. The married couple separated about six months later, and their divorce was finalised in 2008.

The man told the court that he had not known that his ex-wife had been impregnated with her former boyfriend’s sperm and for several years, believed that he was the father of the child. Following the divorce, he looked after the child when his ex-wife was at work and, in addition, paid more than £80,000 in maintenance over the years. However, when a dispute arose over contact with the child in 2011, his ex-wife revealed that he was in fact, not the biological father and a DNA test subsequently confirmed this to be the case.

The man sought damages for “distress and humiliation” to cover the amount he had paid in maintenance and compensation for loss of earnings. Sadly, Judge Taylor was informed that the man had now lost almost all contact with the child, now aged nine.

The woman contended that she had never told her ex-husband that he was the child’s father and that he had been well aware that she had attended the clinic in Spain with her ex-boyfriend. Her position was, therefore, that there had been no deceit, fraud or misrepresentation on her part.

Judge Taylor, however, rejected her version of events and was satisfied that the woman had deliberately misled her ex-husband into believing that he was the child’s father.

The man was awarded £10,000 in respect of the distress he had suffered, £4000 for loss of earnings and £25,000 as compensation for maintenance paid by him. His ex-wife was also ordered to pay his legal costs, which are believed to amount to around £60,000.