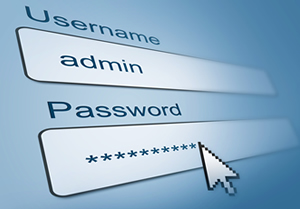 A City derivatives broker has been accused of hacking into his ex-wife’s e-mail account in a bitter dispute over the division of matrimonial property.

The Telegraph reports that the Court of Appeal has heard an application from Daniel Arbili to have the financial settlement made at the time of his divorce in 2013 re-opened on the basis of new evidence.

The court heard that Mr. and Mrs Arbili were married in 2005, but separated in 2012. Divorce proceedings followed in 2013, at which time the judge, Michael Horowitz QC, ordered that the matrimonial property, including their £1 million home in Essex, two houses in France and an Aston Martin, should be split equally between them.

Shortly thereafter, but before Judge Horowitz delivered his formal judgement, Mr. Arbili tried to have the case re-opened, citing new evidence. This evidence took the form of e-mails which he said had been recovered by a private investigator instructed on his behalf by a French enquiry agent. He claimed that these e-mails showed that his wife may have been in line for a windfall from the sale of her parents’ £2.1 million home in the French Alps; this being information which had not been known to him or the court when the financial settlement was determined.

Mr. Arbili failed, however, to name the enquiry agent or disclose his instructions to them. Judge Horowitz refused to consider the new evidence or re-open the case. Mr. Arbili therefore lodged an appeal.

The Court of Appeal judges, Lady Justice Macur and Sir Bernard Rix, were told by Mr. Arbili’s barrister, Jeremy Hall QC, that the financial settlement had left Mrs. Arbili with a disproportionately large share of the matrimonial property.

The barrister argued that if Judge Horowitz was not going to include Mrs. Arbili’s potential interest in her parents’ home as part of the matrimonial property, he should also have disregarded a £300,000 property which was in Mr. Arbili’s name but was occupied by his parents. Judge Horowitz, said Mr. Hall had treated two valuable capital assets differently and had, “over-catered for the wife’s need and paid scant regard to the husband’s.”

Mr. Blair went on to say that Mr. Arbili had obtained the e-mail evidence by hacking into Mrs. Arbili’s computer. This evidence, having been obtained by a “gross invasion” of privacy, was considered illicit and should not be considered by the court.

The appeal judges reserved their decision until a later date.