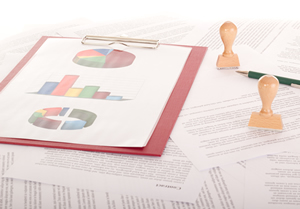 The Ministry of Justice has recently published statistics for the Family Court covering the period from October to December, 2014. The figures are consistent with those for the previous three quarterly periods in 2014, in that they show an overall decline in the number of new cases being handled by the Family Court.

The number of cases which were brought in the Family Court fell to 240,000 from around 266,000 in each of the three preceding years, a drop of around ten percent.

Overall, between October and December, 2014, 58978 new cases commenced in the Family Court, compared with 60626 in the final quarter of 2013. Of the seven case categories, the number of new cases brought dropped in four of them.

A more detailed look at the figures reveals that in the fourth quarter of 2014, matrimonial cases (of which about 99% are actions of divorce) accounted for 27462 new family court cases, around 47% of the total. This represents a rise of just over 1000 cases over the corresponding period in 2013, when 26320 such cases were commenced. However, the number of matrimonial cases concluded in the final quarter of the year fell, from 28201 in 2013 to 27311 in 2014.

The number of new forced marriage protection cases rose from 27 in the fourth quarter of 2013 to 35 for the corresponding period in 2014. The number of cases of that type which were concluded rose more sharply, however, from 22 to 33 between the same periods.

The only other category in which new case numbers rose between the fourth quarter of 2013 and that of 2014 was public law cases, which rose from 3712 to 3824. However, the number of such cases which were finally resolved dropped from 4142 to 3527 for the same periods.

Proportionately, the highest drop in new case numbers was in the private law case category, falling from 11624 to 10382 between the respective fourth quarters of 2013 and 2014. The number of private law cases concluded in those periods also fell considerably, from 12915 to 12095.

Cases in which financial remedies were sought also fell relatively sharply, from 10,447 in the fourth quarter of 2013 to 9340 for the corresponding period a year later. The number of such cases concluded also fell from 8339 to 7817 for the same periods.

There was also a drop off in domestic violence cases, from 5,069 in the final quarter of 2013 to 4851 for the corresponding period in 2014. The number of such cases finally resolved fell in similar proportion, from to 4899 to 4653