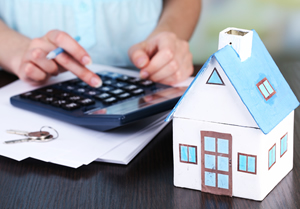 A former air hostess has successfully persuaded the High Court in London to award her a multi-million settlement against her ex-husband in a claim based on a Victorian Act of Parliament.

The Daily Mail reported that the woman, who resides in England on an investor’s visa, used the Married Woman’s Property Act, 1882, to apply to the English High Court for a financial settlement.

The court heard that the woman, originally from Lebanon, married her Saudi Arabian husband at London Central Mosque in 1979, at which point she was in her 20s and he in his 50s, but divorced in 1999. The couple remarried in 2002, but separated again in 2013. The husband then brought divorce proceedings in Saudi Arabia, which concluded with no financial settlement having been made to the wife.

The couple’s main home during their marriage was a ‘palatial’ mansion in Jeddah, said to be worth around £26 million. However, the court was told that they spent most of their summers at a London townhouse. Their children attended nursery in London during their time in the city.

Following the couple’s divorce, the woman moved into the London townhouse and remained there in spite of her husband’s reported attempts to evict her.

The judge, Mr. Justice Moor, found that although the woman had not made a financial contribution towards the purchase price or running costs of the homes, her contribution to the marriage as a home maker and mother, had been equal to that of her husband. He went on to observe that the case law made it clear that she was not to be discriminated against because of the way that the couple had organised their respective roles in the marriage.

Mr. Justice Moor found that the woman was entitled to a settlement of around £10,000,000 on what he termed a ‘needs light’ basis. The settlement included the transfer to her name of the London townhouse and a property in Cannes with a combined net worth of just over £8.8 million. He awarded a further £500,000.00 to cover outgoings on both properties prior to their sale by the woman, observing that she would only have only herself to blame if she exceeded that amount.

The judge noted that had the divorce action taken place in England, the woman would have been entitled to a settlement of around £44 million. However, he had to take all of the circumstances into account, including fact that the parties’ connection with England was limited.