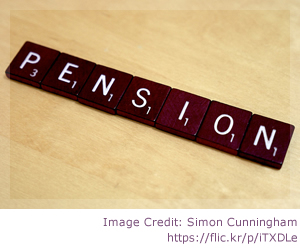 April will see the introduction of new pension reforms, which in effect means that those over the age of 55 will be able to take their entire pension as a cash lump sum if preferred.

Although these reforms only apply to pensions in which both employer and employee put in money rather than salary-linked schemes, many believe that they are likely to have a significant impact on divorce cases, potentially making the process of dividing up assets much easier under amicable circumstances.

Recent statistics have revealed that between 1990 and 2012, the divorce rate among couples over the age of 60 rose by 85 percent. With divorce rates among couples of retirement age continuing to soar, these must surely be welcome changes to those who seek to more easily share pension pots

Until now, the inability to access this lump sum of money often meant that the family home needed to be sold in order for both parties to receive one-off pots of money if that was what was required. Moreover, if the couple had various investments and assets, the process of dividing those assets could be complex, even when the split was amicable – so making the option to share a pension pot potentially simpler.

From April however, some or all of the money from a person’s pension pot may be used to pay off their divorcing spouse, and so potentially removing the need to sell the home.

If, as is often the case, one person is entitled to a much larger pension than their partner, the person with the smaller amount may apply for a pension sharing order, so that they receive a portion of the larger pension, or they may request a greater share of the joint assets built up over the course of the marriage.

Pension advisers are suggesting that paying out a series of smaller lump sums to an ex-spouse may prove to be the best course of action, as this method could attract less income tax.