What’s The Right Time To Separate? 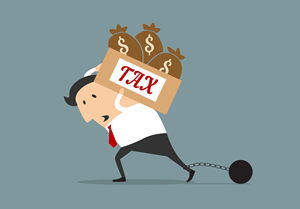 According to an article on the Daily Telegraph’s website, couples seeking to separate may benefit from waiting until April, after the tax year.

That’s because couples who separate on 6th April may be best placed to use certain tax benefits to their mutual advantage, potentially saving thousands of pounds.

Spouses who are living together can transfer assets to each other without incurring any liability for Capital Gains Tax (‘CGT’). However, this benefit is lost at the end of the tax year following their permanent separation. It therefore follows that couples who separate at the beginning of a tax year have more time in which to benefit from their ability to transfer property to each other without the transfer immediately being subject to CGT, than those who separate later in a tax year. The key word here is ‘immediately’, as the following example explains.

Let’s suppose that a married couple decides to separate. They’re a well-heeled couple who hold assets in joint names that would, if sold, produce a capital gain of £500,000. If they separate on 6th April, they have almost a full year to agree which assets will be transferred to the sole ownership of one or other of them. If they complete these transfers on or by April 5th in the following year, no CGT is payable at that time. It will instead be deferred, becoming payable in respect of a particular asset when the spouse to whom the transfer was made sells or disposes of that asset. However, deferring the CGT liability means that the timing of the sale or disposal of individual assets can be planned in such a way as to take best advantage of the annual exempt amount and, if applicable, the lower rate of tax that applies to chargeable transfers – currently 18%.

If, however, the spouses delay making transfers until the following tax year, these will be treated by HMRC as being at ‘market value’ and thus immediately liable to CGT.

As the difference between these two options could in these circumstances amount to thousands of pounds, it sometimes makes sense to separate as early as possible in the tax year and seek professional legal and tax planning advice without delay.