Wife of businessman to appeal against divorce settlement 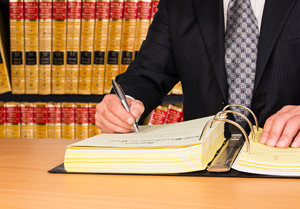 The Financial Times reports that Alison Sharland, the ex-wife of IT entrepreneur Charles Sharland, has been given permission to appeal to the Supreme Court against a financial settlement of £10.35 million made to her at the time of the couple’s divorce in 2012.

Mrs. Sharland claims that her husband, the founder of AppSense, failed to disclose information about a possible flotation of his company at the time of their divorce in 2012, the result being that she agreed to a much lower settlement figure than she was entitled to. She therefore seeks to have the case re-opened so that the financial provision made to her can be re-assessed.

The couple married in 1993, and Mr. Sharland founded AppSense six years later. Following their separation in 2010, the Sharlands’ divorce case was heard in July, 2012. On the fifth day of the case, a financial settlement was agreed between them.

However, days after the hearing, lawyers for Mrs. Sharland asked the court not to seal the order giving effect to the settlement and to instead reopen the hearing. It was claimed that Mr. Sharland had failed to disclose arrangements to float AppSense on one of the New York stock exchanges and that he had had discussions with investment bankers in New York.

Mrs Sharland subsequently attempted to have the divorce settlement set aside on the grounds that the original divorce settlement was unjust. However, her attempts to do so were unsuccessful at both the High Court and Court of Appeal in spite of the judges in both courts reaching that the view that Mr. Sharland had acted dishonestly.

The Supreme Court will hear Mrs. Sharland’s appeal in June. It is thought that if her appeal is successful, the courts could be inundated with applications to reopen cases on similar grounds.