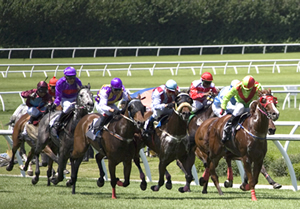 The Daily Telegraph reports that Penny Ann Davison, the ex-wife of gambler and racehorse trainer Albert Davison, has made a legal bid to have her share of the matrimonial property increased, six years after her divorce from Mr. Davison and four years after his death.

Mr. Davison was well-known in racing circles as a successful racehorse trainer who made a fortune from gambling six-figure sums on his own horses.

The couple married in 1994, but separated in 1999 after having two children. Mrs. Davison commenced divorce proceedings in 2005 which eventually concluded after four years.

The judge in the divorce action, Mrs. Justice Baron, who described Mr. Davison as a ‘charming rogue’, found that he had squandered millions of pounds of his winnings through “wasteful expenditure” and “bad decision making”.

Mrs. Justice Baron found Mrs. Davison entitled to £756,000.00 as her share of the matrimonial property, having taken into account the fact that Mr. Davison was facing a multi-million pound tax demand.

Mrs. Davison now seeks to have her share of the matrimonial property increased to over £1,000,000.00. Her barrister, Lynsey Cade-Davies told the Court of Appeal that Mr. Davison’s death in 2011 had massively reduced his tax liability. She went on to tell the court that a deal with HMRC had resulted in a tax demand for over £2,000,000.00 being settled for £850,000.00. The result of that, argued Ms. Cade-Davies, was that Mrs. Davison was entitled to an uplift of £260,000.00 in her share of the matrimonial property.

However, Mr. Davison’s daughter from his first marriage, Zoe Davison, who was not a party to the case, claims that her former step-mother is trying to grab the remnants of her inheritance from her late father.

The Court of Appeal judges, Lord Justice Patten, Lord Justice Briggs and Lady justice King, will deliver their decision at a later date.