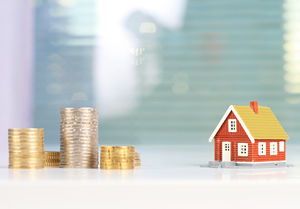 Family Law Week reports that a wife whose husband allegedly spent substantial sums on drugs, alcohol and prostitutes during the marriage, has failed in her attempt to persuade the Family Court to add-back £1.5 million to the matrimonial property as compensation.

The court heard that the couple, who had been married for 40 years, had net matrimonial assets of approximately £25 million. They had built up a successful property maintenance business, in which the husband held 95% of the shares, and the wife the remaining 5%.

The matrimonial home, in which the wife continued to reside after she and her husband separated in 2012, was worth £2.3 million and the couple also owned two other substantial properties in Spain.

Both the husband and wife had continued to work for the company following their separation. However, the wife was dismissed from her post in 2014. Her salary ceased to be paid and she lost her entitlement to claim Entrepreneur’s Relief in the event that she sold her shares in the family business. Accordingly, she sought that this loss be taken account of in the distribution of matrimonial property.

The court heard that the husband was alleged to have had serious issues with alcohol and cocaine, spending an estimated £230,000.00 on treatments for these addictions. The wife claimed that he continued to spend around £6000 per week on drink and drugs, plus large sums on prostitutes.

The judge, Mr. Justice Moor, agreed that the wife should be compensated for the loss of the Entrepreneur’s Allowance resulting from her dismissal. However, he concluded that whilst the husband’s spending on drink and drugs had been irresponsible, it did not amount to deliberate or wanton dissipation of matrimonial assets.

It would, he said, be wrong to permit the wife to benefit from the qualities of the husband which had enabled him to make such a success of the family business while at the same time being immune to the financial hit attributable to his spending habit. Accordingly, he was not prepared to grant the wife’s request for an add-back in respect of her husband’s spending.